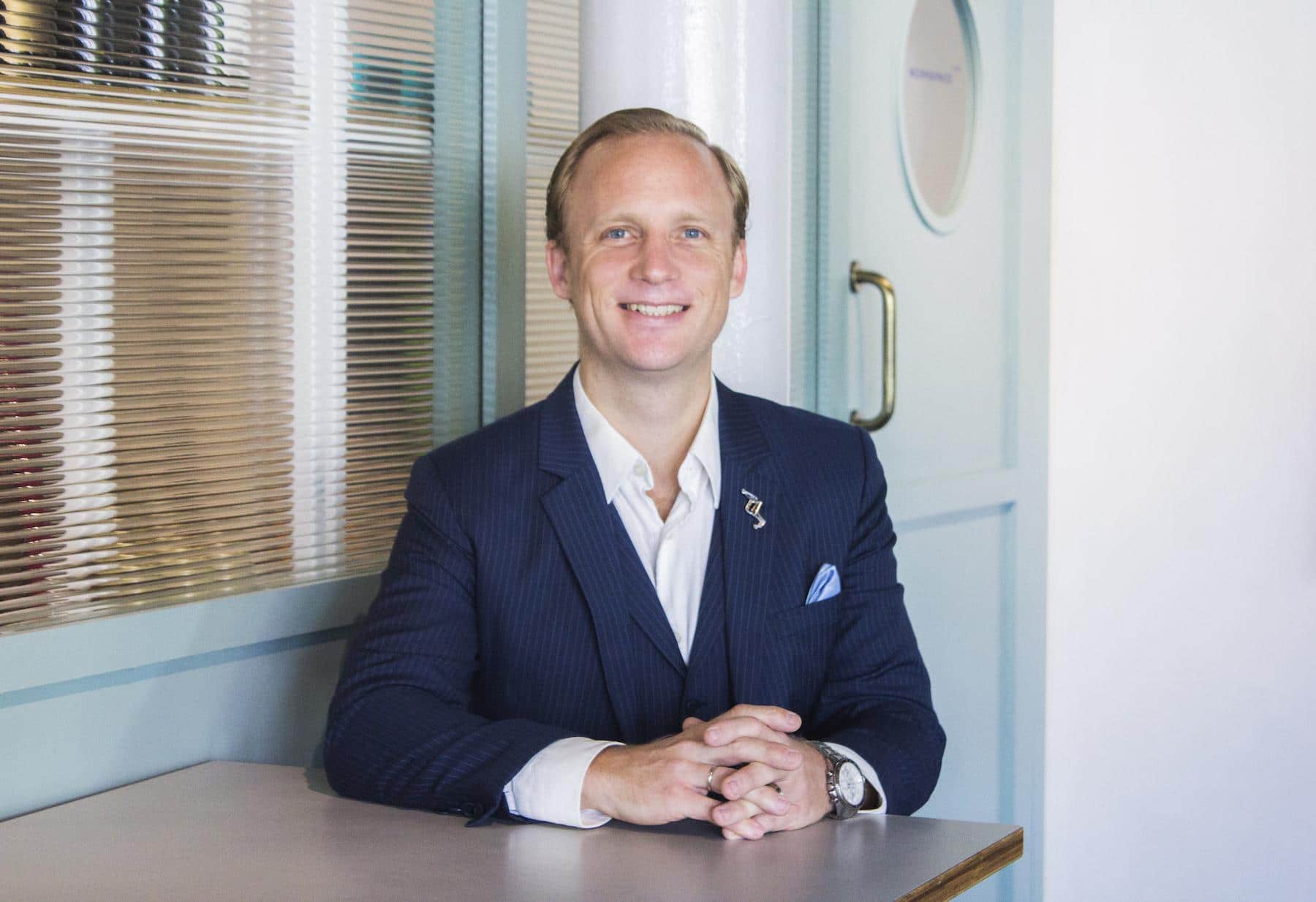 He’s worked with multi-Michelin starred and San Pellegrino World’s Best culinary legends, and served presidents and kings. Now, he’s at Unlisted Collection, which has 27 boutique hotels and restaurants in London, Shanghai, Sydney, and Singapore to date. We get to know the man working behind the scenes of some of this city’s most established restaurants, and his service-oriented, people-first way of being.

Stepan Marhoul is, hands down and day after day, the sharpest dresser at The Working Capitol. Jokingly, he admits he remains “the most formally dressed person” at Unlisted Collection, “including our service teams.”

Considering that Unlisted Collection to date spans 27 properties of design-driven boutique hotels (the New Majestic Hotel on Bukit Pasoh is one) and restaurants (like Burnt Ends, Pollen, and Meatsmith) not just in Singapore, but also London, Shanghai and Sydney, this is no small distinction. “Perhaps I should re-visit this standard,” he adds.

For his impeccable appearance, Stepan credits his ten years in the hotel industry, where a suit and tie are customary. As for his gravitation towards hospitality — Stepan has received training as a chef and education in international hospitality management — he credits his family of “hospitality enthusiasts.”

In the past 20 years, Stepan has lived in seven countries (including Denmark, the U.S., and Guatemala), served presidents, kings, and celebrities, and worked with multi-Michelin starred and San Pellegrino World’s Best culinary legends like Gordon Ramsay, Andre Chiang, Heston Blumenthal, and Alvin Leong.

Over the course of this incredible journey, he’s realised that the awards “are only part of the success,” and that “building teams and guest experiences on a day-to-day basis is above all the most truly satisfying to me.”

Stepan is able to work on both of these at Unlisted Collection, where he is Group General Manager of its restaurants. Working closely with venue managers and head chefs, he oversees operations, sales, and business development of the restaurants under his watch.

We recently had an illuminating conversation with Stepan about the things that drive him, the lessons he’s learned, and the most surprising thing others have learned about him.

“The spirit of hospitality and service in its true form — from the heart — or omotenashi, as the Japanese call it, is my life-long passion.” Part of this is the conviction that each guest deserves the utmost care and craft at every touchpoint. “100 per cent attention,” insists Stepan.

“Trust the people you have carefully selected, and be there for them when they need it and to further their potential.” With your team’s growth, Stepan says, comes the growth of the company as well.

“I like to start each day very early, with a short but intense workout and a big breakfast.” This carries him till the late afternoon, through back-to-back meetings, including one every morning with the cluster management support team “to discuss our past-day successes and plan for the day ahead.”

On the weekends, he sets aside time for his wife, long-distance running, and cooking.

WORDS TO LIVE BY

“Under-promise and over-deliver. My former General Manager at the Hilton taught me this, and I have gone by it ever since then. It does miracles for me.”

ONE FUN (AND LITTLE-KNOWN) FACT

“That I am Czech.” Stepan was born in Prague, where, as a teenager, he played soccer professionally for Sparta Prague. “I guess there are just not that many blond Czechs out there. And having a Lebanese last name probably doesn’t help either.”

Laksa. But not just any laksa — Sungei Road Laksa, where the heritage hawker has been cooking over charcoal fire from 1956.

Besides being responsible for an amazing Members’ Lunch spread every month, Unlisted Collection is now also crafting unforgettable evening experiences for the TWC community. We’re taking our usual mixer, Away From Keyboard, on the road to a different Unlisted Collection destination each month-end, where teams from TWC will be able to enjoy complimentary food and specially priced beverages.