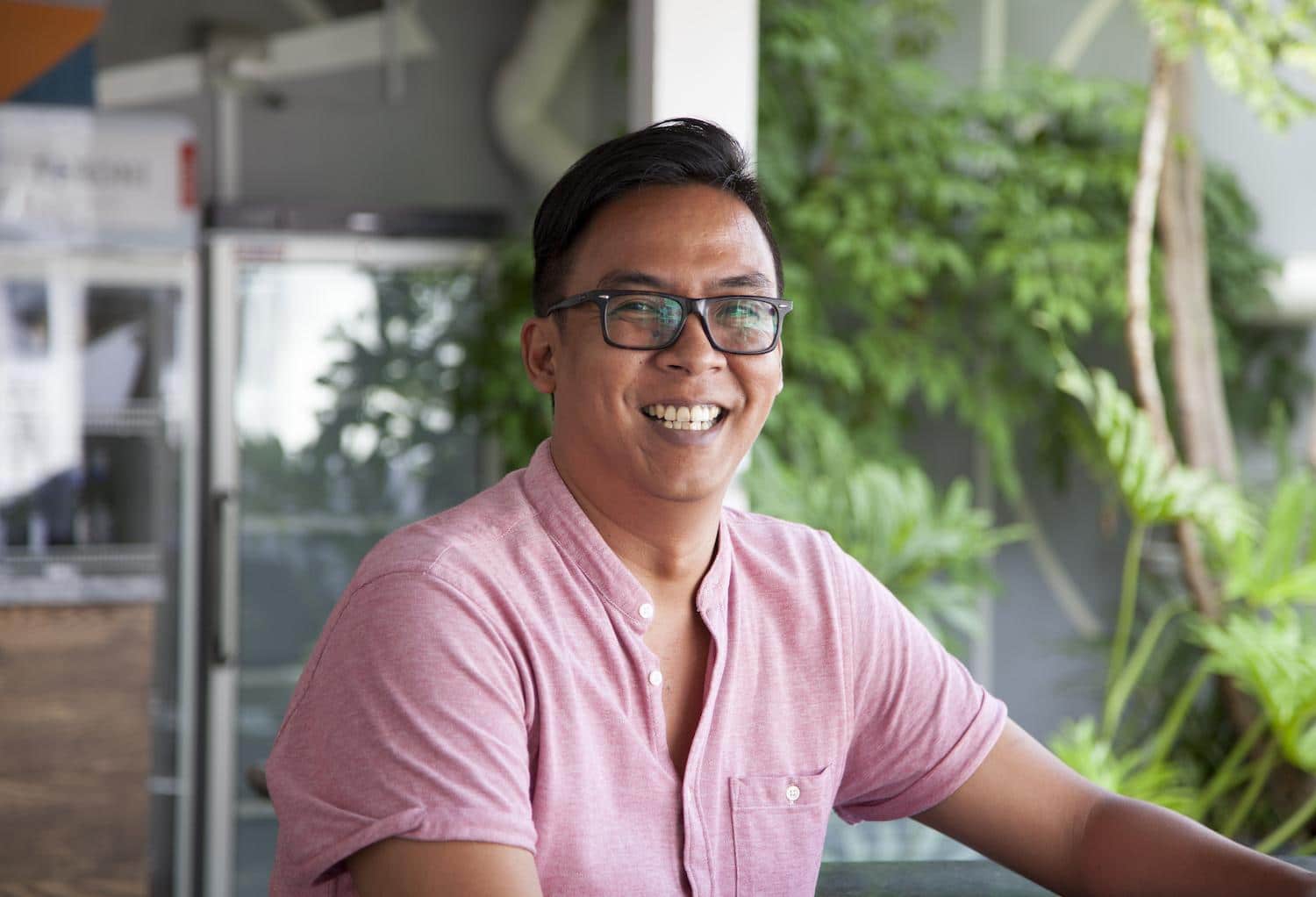 Heazry Salim is no stranger to startups. Before becoming General Manager for Southeast Asia of Tripinsiders earlier this year, overseeing the expansion of the platform across the region, he was involved with the OrSiSo platform and also co-founded Comedy Club Asia, the latter of which has been mounting standup comedy shows around Singapore for eight years and counting.

We talk to Heazry about the lessons he’s picked up along the way, the challenges of disrupting the tourism industry, and, of course, what makes him laugh.

Tripinsiders is a social travel platform that directly connects travelers with locals to share authentic experiences. Local “insiders” design “trips” that showcase the more personal parts of a city, and that travelers can then sign up for.

Heazry’s favourite Singaporean trip on the platform at the moment is a cooking class by Chef Alfie, which takes participants on a market tour around Little India before introducing them to national dishes like chili crab, barbecued stingray and stir-fried spinach. “Alfie is exactly the kind of person we need to help share Singaporean cuisine with the world. He’s a colourful character who embodies the Tripinsiders spirit with his openness.”

Heazry himself is open with the challenges his team is facing: “I’m beginning to learn that tourism is a highly regulated industry.” As he’s found out, the responsibility that regulatory bodies feel to safeguard a country’s narrative can be at odds with innovation, but he’s eager to keep the conversation going, with the hopes of arriving at a conclusion satisfactory for all parties.

Already being a fan of standup comedy and having experience in events management made Heazry’s move into producing standup shows the “perfect opportunity to dive into something just for the love of it.”

“Make laugh, not war,” goes his mantra. “Comedy is essential in daily life to keep stress at bay. It’s good to be able to laugh at all the silliness that the world has to offer. I’m glad to be part of a movement that puts smiles on people’s faces.”

Some of his comedy favourites: the Monty Python series and 1980’s Eddie Murphy.

“The main focus of any business has got to be the quality of the products and services, including the customer experience. Once these are taken care of, I believe a lot of things will fall into place. Relationship management with various stakeholders is also a key element, as these are the people who will help spread the message about your business.”

THE MOST SURPRISING THING ABOUT HIM

“I have a PhD in Finance. I love maths. #nerdalert.” Comedy is about the subversion of expectation after all.

Tripinsiders is looking forward to expanding into Malaysia and Bali in the coming weeks, with a few more cities in the works.

On the comedy front, Comedy Club Asia is bringing comics from all around the world to the Esplanade on September 30 and October 1, for Kings & Queen of Comedy Asia 2016. Get your ticket here!