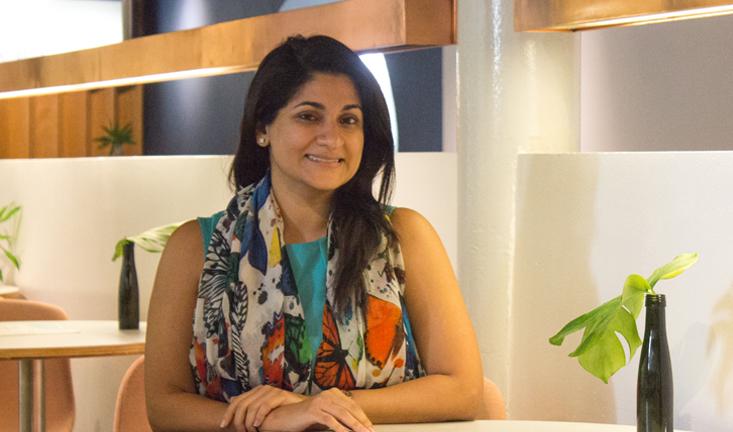 Anjali Datwani started UrbanJourney with her brother Raj (who happens to be the co-owner of Michelin-starred The Kitchen at Bacchanalia on Hongkong Street, as well as Executive Producer/Partner of the upcoming Ultra Singapore), six years ago when they moved to Singapore from New York.

Through no small amount of hard work and entrepreneurial instinct,  UrbanJourney has since made a name for itself as a resource for food, drink, and travel experiences around the region. As it prepares to celebrate some upcoming milestones, we take a look back with Anjali and find out more about her process and takeaways.

UrbanJourney began as an up-market group buying website, but when that “didn’t work out,” the siblings pivoted it into a digital lifestyle magazine with a focus on food and drink. These features went exclusively online until 2014, when they expanded into print volumes they called “What’s Hot in Singapore.”

Most recently, UrbanJourney sealed a partnership with Scoot and Tigerair, which will place UrbanJourney guides tailored for tourists on all inbound flights. The UrbanJourney team is also in the midst of launching Version 3.0 of their website, which contains more targeted and streamlined content.

“It’s taken us a couple of years to figure out exactly what we want to do with UrbanJourney and we’ve gone through ups and downs. It definitely hasn’t been easy.”

Create what you want to see

“When I first arrived in Singapore, finding a restaurant and a cool bar was tough. There wasn’t one source of information that spoke to me.” Taking things into her own hands, Anjali began venturing into places anonymously, doing a feature on a spot only if she came out of it with a positive experience. Till this day, UrbanJourney has retained this ethos of only spreading the love.

Do what you have to do

“Since UrbanJourney is about providing trusted recommendations on the best restaurants, bars, and the like in Singapore, we try to check out a new spot weekly to keep up to date.” Other than that, Anjali says, anything goes. “There is so much to do every day. I try and get my emails out so I can focus on other tasks around sales, content, and our print guides.”

Running her own business, she reflects, means the flexibility of determining her own schedule, allowing her to work out in the morning and start her day a little later. “That also means ending later, and working some weekends and late nights – but it works.”

“Cuppage Plaza has some awesome Japanese food. Both Nagomi (for omakase, a meal selected for you by the chef) and Kazu (for yakitori, grilled chicken skewers) are must-trys!”

UrbanJourney is making its way into other regional markets, its first stop outside of Singapore being Seoul, followed by “two major Southeast Asian hubs.”