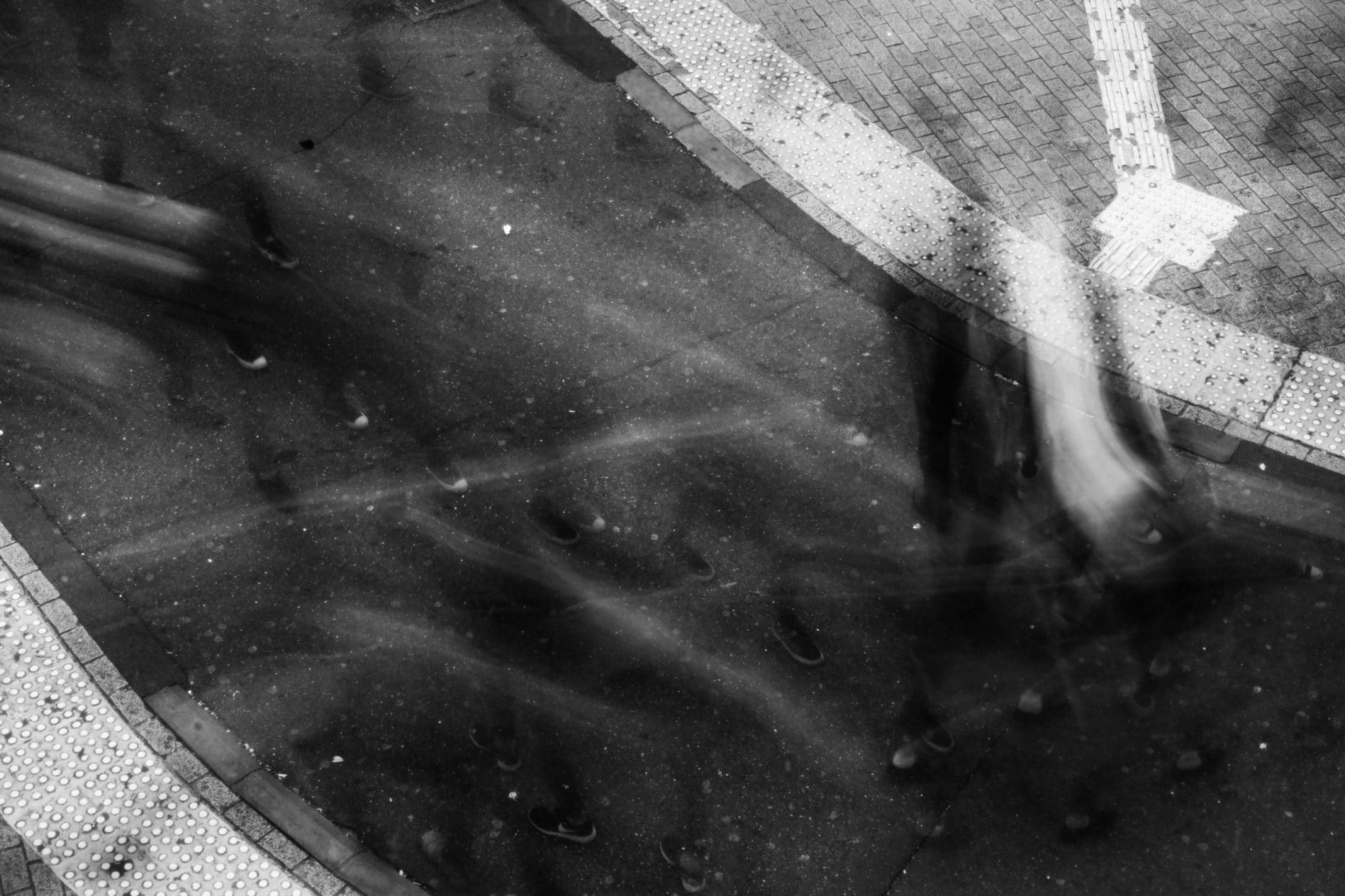 A Conversation with: Ben Yap

Ben Yap is quite the Renaissance man.

A Nanyang Academy of Fine Arts (NAFA) graduate in photography, he’s been a museum assistant and a gallerist, and is currently working at Objectifs Centre for Photography & Film and pursuing his Bachelor’s Degree in Fine Art at Loughborough University. When he’s not at work or making art, he’s reading Latin American literature and philosophy, or listening to hip-hop and “vaporwave (check it out!)”.

His 2016 black-and-white photo series, in(FLUX), features the famous Shibuya crossing in Tokyo, Japan. With a slow shutter speed and a tripod, the six images capture the gossamer streams of its human street traffic.

Here he tells us about his inspiration, process, and the story behind his favourite piece from the series.

Tell us about the in(FLUX) series and the inspiration behind it.

in(FLUX) was inspired by a poem written by Manuel Maples Arce, ‘City: Bolshevik Super-Poem in 5 Cantos.’ In the poem, the “city” is in a state of revolutionary turmoil, and the masses are depicted as a collective movement that shapes history. I wanted to present this “movement” in a visual form in this series, and thus chose to shoot at the massive crossing at Shibuya in Tokyo.

The choice for shooting in black-and-white is a purely aesthetic one, and I’ve been drawn to it since my days in NAFA. These different elements informed the intention behind this series, which could continue to develop beyond these photographs in the future.

Could you take us through your artmaking process?

I like to keep an open mind, and take inspiration from films, music, and books. I tend to start with a vision, then work towards achieving it. I also think it’s important to seek criticism from other people, as it helps you gain a different perspective and to further develop your work.

Currently, my art practice revolves around image-making, and while the camera is a useful tool, I hope to find alternative ways to create images. 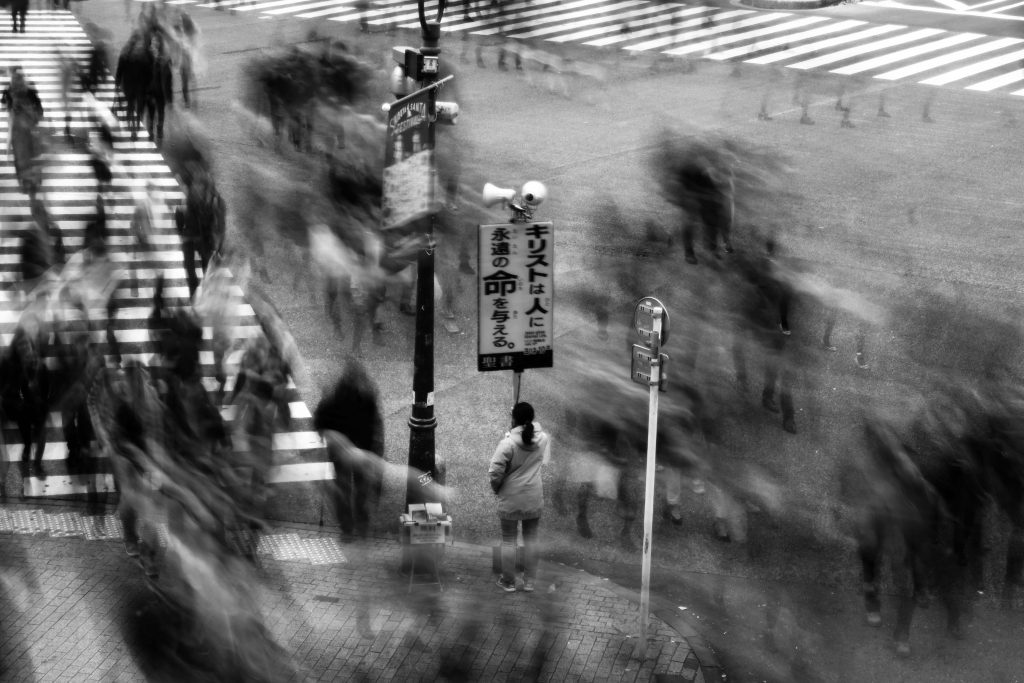 Do you have a favourite piece from the series?

My favourite piece from the in(FLUX) series is ‘Street Tango.’

I was shooting from a comfortable, warm spot in Starbucks which offered an overview of the Shibuya crossing, when I noticed a lady standing in the cold, by the road, holding a huge sign with what I loosely interpreted to be a Christian slogan for eternal life. The people flowed around her like she was a stone in a river, and in the photograph they were like spectres from another dimension. This made me think a lot about life and death, and also about the importance of silence and stillness, especially in today’s fast-paced world.

Ben’s prints from the in(FLUX) series are currently on display in the workspace areas of The Working Capitol.