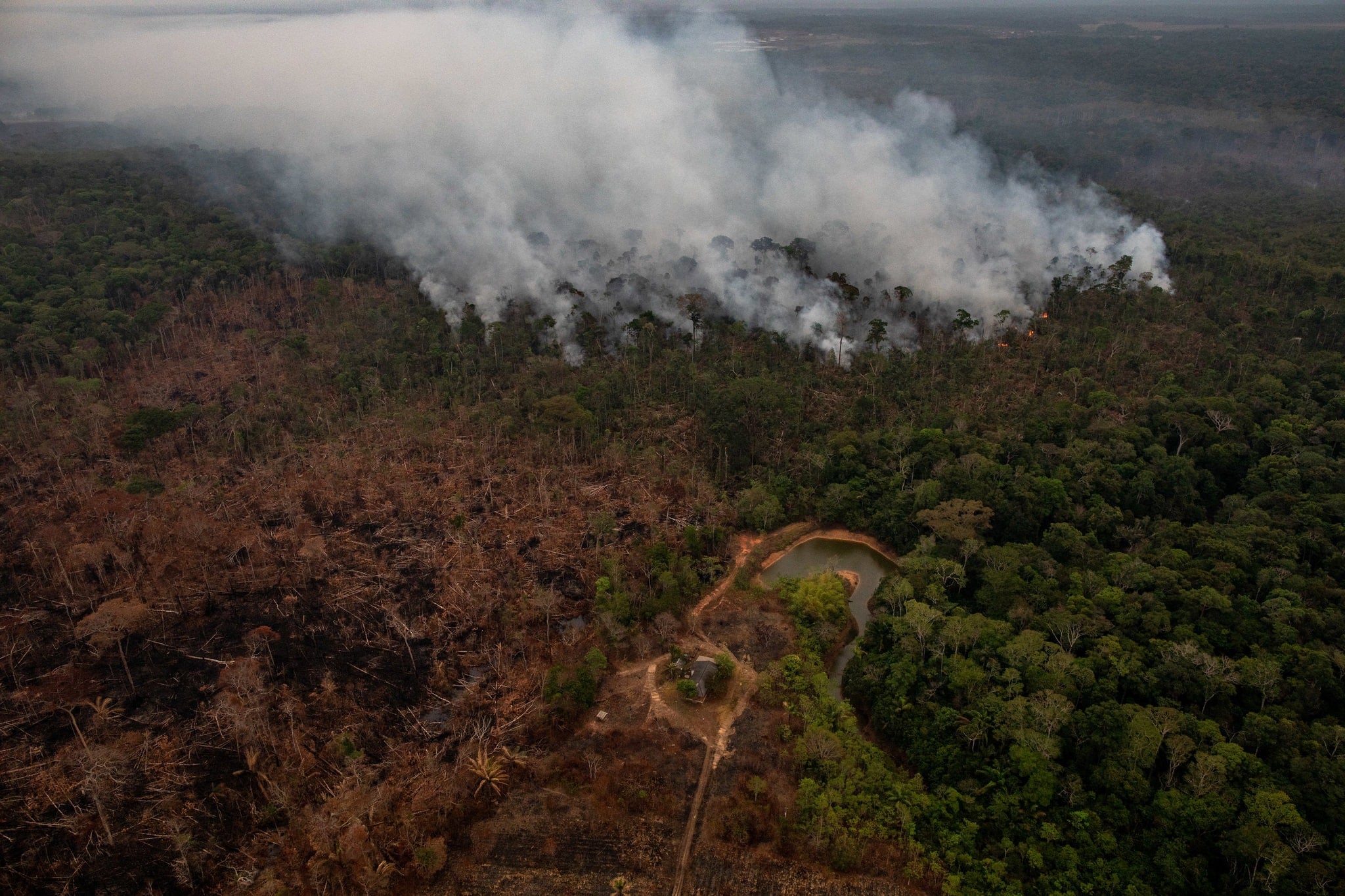 The Amazon: What Are We To Do?

Do you watch Hasan Minhaj’s Patriot Act on Netflix? If you don’t, you really ought to. Hasan’s approach to current affairs around the globe, albeit mostly in perspective of the United States of America, is charming, funny, articulate, and surprisingly poignant. Perhaps more so for me, seeing as I’d get his Desi references more than most, but still, he does painfully well in shedding light upon some issues that the media, and us, let slide through right under our noses.

In May earlier this year, one Patriot Act’s episode chose to talk about what was going down in Brazil (turns out… quite a lot!), aptly naming the episode Brazil, Corruption, and the Rainforest. You realise where I’m going with this, don’t you?

“The lungs of the Earth are in flames,” said Leonardo DiCaprio. “The Amazon Rainforest produces more than 20% of the world’s oxygen,” tweeted Cristiano Ronaldo. “The Amazon rain forest — the lungs which produce 20% of our planet’s oxygen — is on fire,” tweeted Emanuel Macron. Strangely, though almost unsurprisingly, the photos these celebrities shared, and we re-shared, are misleading, as it was explained in the New York Times.

That’s not to say that the Amazon isn’t being deforested and ravaged, though, but it’s to be said that deforestation isn’t new or limited to just the Amazon or one nation. CNN will tell you that cleared land is needed to expand agriculture and other activities, such as cattle ranching, soy production, and logging – all especially happening in Brazil. Those activities are responsible for 80% to 90% of the loss of tropical forests around the world.

In Brazil, though, as I have learnt through Patriot Act, the deforestation comes from very sinister and malicious motives. Brazil’s notoriously corrupt political class has made large-scale deforestation possible. Heard of JBS? They’re the largest meat producers in the world, and of course they’ve got close ties with Brazil President, Jair Bolsonaro, and his cabinet. By close ties, we obviously mean bribes – in the millions, possibly billions – to burn the Amazon for cattle ranching possibilities.

There are endless videos of Bolsonaro spewing some form of vile shit or another, but there are two that really sank my heart, one more than the one before. First, he announces, with determination and fervour that “there is not going to be one centimetre of land demarcated for indigenous reservations.” When probed about it 18 months later on Brazilian TV, he admitted to a mistake, and corrected himself like in the shot below.

You can almost taste the rancid stench of self-importance around his posture, and he’s one white cat on his lap away from being a Bond villain.

Therein lies the problem – one that’s prompted me to write this piece at all. I’m livid. With every tweet and Instagram post I’m forced to scroll past with a heavy heart, I get more incandescent with rage. Lungs of the earth, they tell us. 20% of the world’s oxygen, they preach. Home to more than a million Indigenous people, we learn. And now it’s all on fire. Deliberately, purposely, with greed, and with hate.

That’s where, for me anyway, the argument of Notre Dame’s and Amazon’s fire falls short. One was a nature’s tragedy, the other’s a pre-meditated nature’s tragedy. All the calls for the same billionaires showing up with their donations – what good would they even do? Money never fought evil, money fuels evil!

So I ask you, the reader, what do we do? Sign a petition? Make a well-meaning donation?

Boycott meat? That’s what I’m doing, but considering how we import our meat from plenty of sources other than Brazil, I’m not even sure what good that does.

Empathetic social posts encourage me that one individual boycotting meat alone saves about 3000 trees a year, so that’s a chance I’ll take. What chance would you take, for I’m all ears.