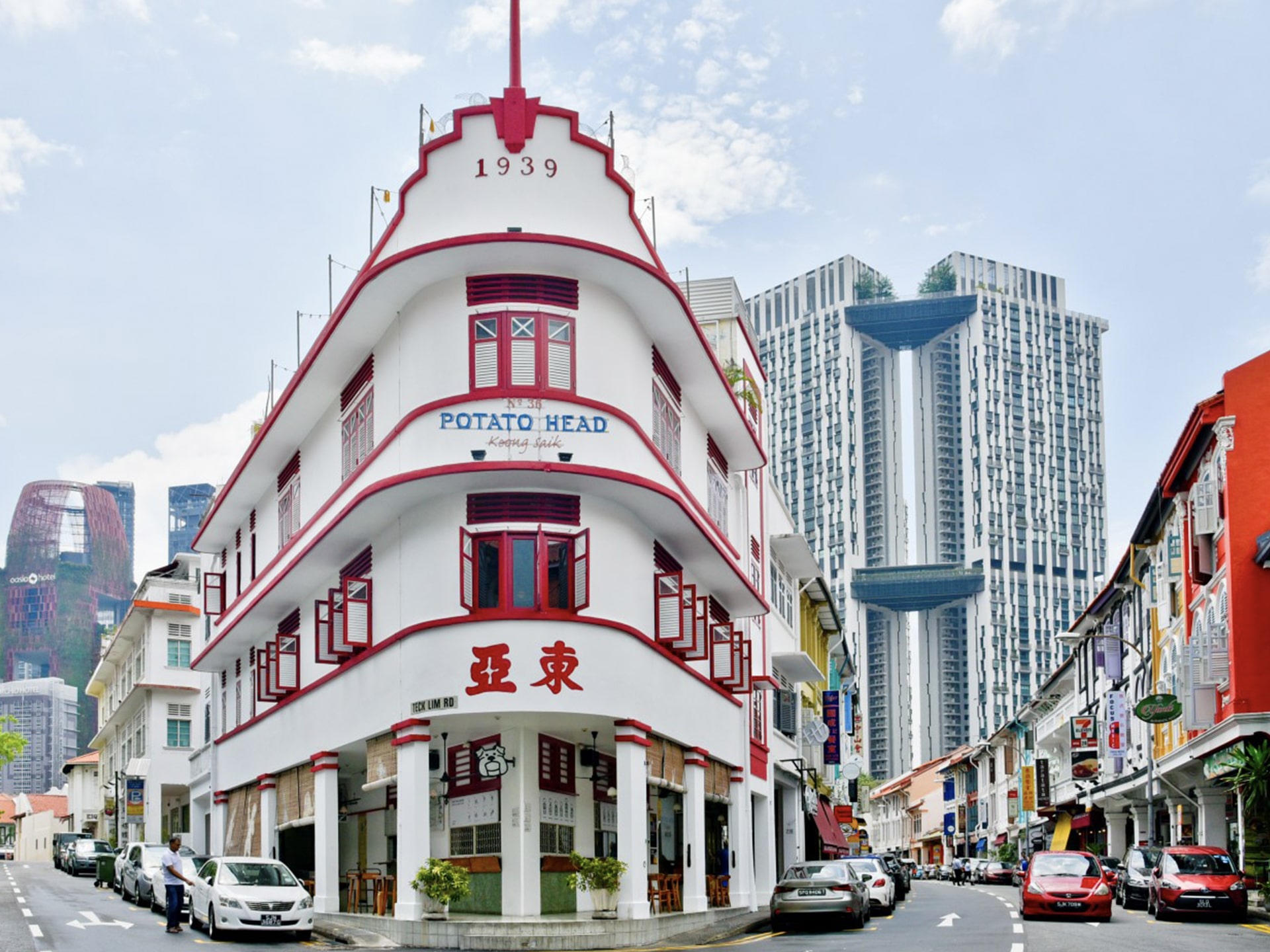 Today, when people think of architecture in Singapore they probably think of Marina Bay Sands and other buildings that are now iconic modern representations of our little red dot. But being the nostalgic shophouse fans that we are, our focus remains on the gorgeous heritage buildings that still populate and inspire our beloved city-state.  From Chinatown to City Hall, Orchard’s Emerald Hill to Fort Canning, we rounded up our top 8 favourite heritage buildings in Singapore.

The Working Capitol’s flagship, spanning a row of six shophouses, and formerly a biscuit factory in the 1920s. Along with the row of shophouses that flank the iconic street of Keong Saik Road, the conserved shophouse scene on the street has enjoyed a new lease on life. Now operating as a coworking community, 1 Keong Saik, houses a mix of startups, established SMEs, tech giants and F&B tenants to transform the building into a lifestyle hub perched on the start of the street.

Boasting a cult following with the reputation of its Balinese counterpart, Potato Head is housed across four floors of a heritage Keong Saik Road shophouse. Its impressive food and drinks programme is second to none, with a newly refreshed menu at bother Three Buns, the enchanting second-floor restaurant, and the chilled out Studio 1939 cocktail bar on the third.  The curved façade and striking red and white paint job, poised with mega-HDB complex in the background make it an Instagram favourite among tourists and locals alike.

Situated on the unmissable junction of Neil Road and Craig Road, 89 Neil Road used to be the original home of the infamous Tiger Balm factory. It’s no wonder that its equally iconic pagoda on the roof of the building is meant to resemble the signature Tiger Balm bottle. Spanning 4 storeys, the building forms part of The Working Capitol campus, and currently houses fintech unicorn, Stripe.

Built over a century ago, this epicentre of performing arts in Singapore is a complex of buildings held together by a clock tower. It’s enjoyed various names over the years of its rich history, like Town Hall and Victoria Memorial Hall, this historical building served as a hospital during World War II. Go for a show if you find the time, if not a stroll allows you to soak up the past just as well.

Previously going by The Majestic Theatre, this historical building functioned as Singapore’s famous Cantonese opera house. Going just by The Majestic now, it’s been transformed into a shopping mall, whilst remaining one of the most conspicuous landmarks in Chinatown and Singapore.

This one has, and will continue to catch the eye of anyone in the vicinity. There is a lot of history that lays behind the 927 rainbow-coloured windows, but now serves as home to the Ministry of Culture, Community and Youth, as well as the Ministry of Communications and Information. Art performances are held in its courtyard, along with many art galleries – no wonder it’s an appeal to both locals and tourists alike.

The Urban Redevelopment Authority, successors to Urban Renewal Department stepped in to restore Emerald Hill’s shophouses to their original facades to “pedestrianise” them, attracting both locals and tourist. The success of the Peranakan Place at Emerald Hill in 1985 led to the expansion of the conservation plan to areas like Boat Quay, Cairnhill, Chinatown, Clarke Quay, Kampong Glam and Little India. A stroll through this colourful neighbourhood will get one dreaming about ditching their modern condos and doubling down on shophouse living.

Just a relaxing stroll away from The Working Capitol in bustling Chinatown, you’ll find the treasured Sri Mariamman Temple, also the oldest Hindu temple in Singapore. The temple was constructed for the worship of Goddess Mariamman, believed to be the ‘goddess mother’ of South Indians and the bringer of rain and prosperity. Iconic, and always a spot in any tourists’ itinerary, the ornate details in the temple’s architecture always fascinate.